What is Qi Gong ? 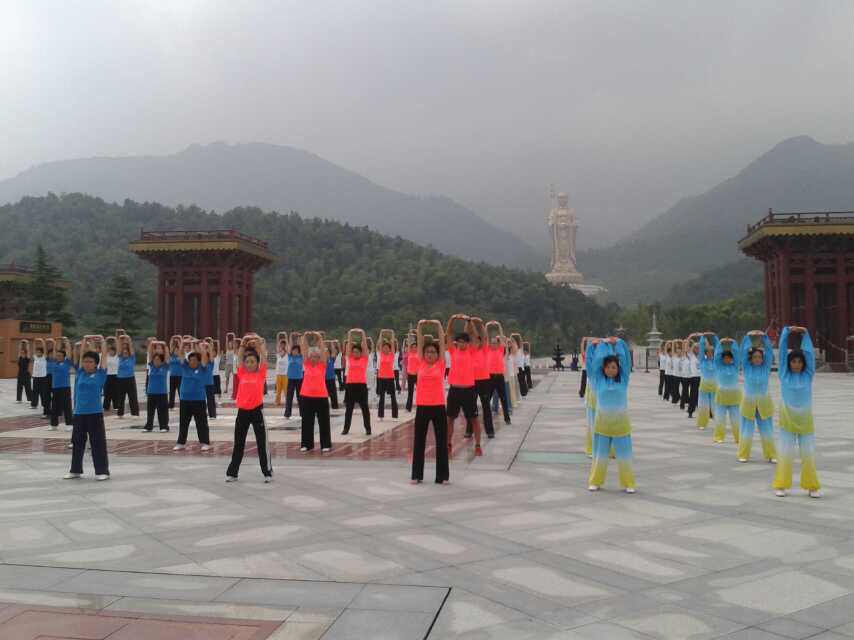 and self-massage.There are a variety of styles, and they are classified as martial,

medical, or spiritual. Some qigong styles are gentler like tai chi and can

easily be adapted. Others are more vigorous like kung fu.

One unique feature of qigong is its ability to train the mind to direct the body’s energy,

or chi, to any part of the body. Some believe that, when moved correctly, chi can

bring your body to a natural state of balance.

What Are the Health Benefits of Qigong?

Qigong is believed to relax the mind, muscles, tendons, joints, and inner organs --

widely in China’s clinics and hospitals.

Some believe that as a complement to Western medicine, qigong can help the body

heal itself, slowing or even reversing the effects of certain conditions. For example,

in a study lasting 20 years, people with hypertension were given drugs to control

pressure among those who were practicing qigong stabilized over time. The qigong

group members were also able to lower their use of blood pressure drugs. The control

group, however, had an increase in blood pressure, requiring greater use of drugs.

In addition to lower blood pressure, qigong may have other benefits, including:

Reduced symptoms and improved function in people with fibromyalgia

Are There Any Special Precautions for Tai Chi or Qigong?

Both tai chi and qigong are gentle exercises with few risks. However, if you are older,

have a health condition, or have not exercised in a long time, talk to your doctor

before you try either of these practices. Think of both as complements to Western

medicine, and not replacements for it.In general, use caution if you are pregnant or

if you have a joint problem or severe osteoporosis. It’s best not to do tai chi or qigong

right after eating, if you are very tired, or if you have an active infection.